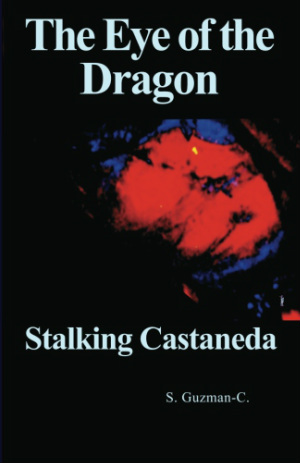 In The Eye of the Dragon, Stalking Castaneda, S. Guzman-C. has written an engaging metaphysical narrative about the work of Carlos Castaneda. He is telling his own adventures and experiences, and using these as metaphors for the actual teachings.

At the premise level, this book is focused on a fairly generic subject, but at the execution level this generic quality is lifted with a personal and unique narrative. This personal touch warms up the material and makes the work accessible to the reader. Guzman’s writing style is particularly engaging, and he has a wonderful cadence to his writing that grabs readers and holds their attention.

The book’s main subject is shamanism, but the author juxtaposes the teachings with other major philosophies to shows how they all converge at one point: the eye of the dragon, and to expose humanity’s bane. 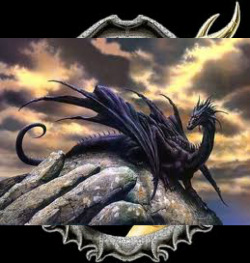 "When the Guru fails what happens depends on each disciple’s merits." --Sri Ramana Maharshi

In days long past (not fully aware of what I was doing, I must confess), I left everything behind in search of the eye of the dragon. At the beginning of my journey, I came across the teachings of don Juan, a Yaqui Indian shaman, through the books of Carlos Castaneda. Don Juan’s ancient Toltec wisdom was a beacon, but in the year 2001, I came across critical information, which proved conclusively that many of Castaneda’s claims were fraudulent.

At the time, I had verified much of what he had written about, and the new and discrediting facts greatly puzzled me. They also forced me to question my findings and convictions, and to look in other directions to take new bearings.

Furthermore, it had been claimed that Castaneda had left this world in full consciousness, taking his body with him. And the turmoil that Castaneda’s ordinary death (due to cancer of the liver) caused in many of his closest followers, made me realize how blind human beings can be, and how ready we are to miss the point and become either judges or victims.

I am writing these notes with a double purpose: To help me get a better perspective and a new direction, and to maybe help a few others do the same.

And in case you don’t know Castaneda, I’ll tell you a little about his work as I go along, for it was a great help in my search for the eye of the dragon. I will also juxtapose his work with other works that have also been helpful. I won’t delve into any of these works; that is unnecessary.

I will just say that their main and recurring theme is our destructive egomania, and I’ll let my own experience illustrate. It behooves you to do your own research, and confirm the damaging effects of an unchecked ego, for being the bane of humanity its study is worthy of our consideration.

Consider this: In an article I once came across in a monthly magazine, I read about a six-year-old boy who died after breaking his neck under an extremely heavy load, too heavy for the child to carry. The article also said that he had been a slave all his life.

The author knew this because archeologists are trained to read bones. And the child’s bones, together with other bones (a mass grave for slaves), had been found while excavating somewhere in New York City (of all places) to lay the foundations for a new building.

Should I ever feel sorry for myself? But perhaps a more pertinent question would be, should I ever feel sorry for that little boy? For just like that little boy I am going to die, and although longer, my life might well end up being much more miserable than his was. For only by reducing my self-importance to the lowest, can I claim to be different from his captors and murderers; there is such a thing as collective responsibility, a social contract. We all endorse a socioeconomic system that thrives in egomania, an egomania that causes the suffering of humanity by rendering us blind to the Whole.

Carlos Castaneda is dead, but his controversial legacy remains. 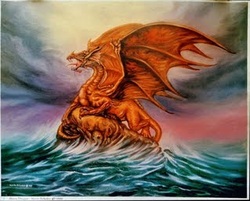 "Man is unhappy because he doesn't know he is happy. It's only that. That's all, that's all! If anyone finds out, he'll become happy at once, that minute." --Fyodor Dostoyevsky

The intent behind Castaneda’s shamanic books, is to help us become warriors who conquer ourselves; warriors who develop an awareness of our full potential as human beings. Apprentices are grouped as dreamers or stalkers, in an effort to classify them according to their abilities and energy configuration, but in fact, they have to be both; stalking helps dreaming and vice versa.

Stalking is the art of developing a strategy to deal with the world as a spiritual warrior; dreaming is the art of controlling your dreams to develop your other self, the dreaming body. Stalking also helps when fixing the new position of the assemblage point while dreaming.

According to Castaneda, dreams occur due to the movement of an assemblage point—the point where perception is assembled.

This point (located at arm’s length behind us, between the shoulder blades) supposedly moves naturally while we sleep, changing our perception. If we volitionally hold that new position while we dream we are also stalking that dream and doing dreaming—the same thing we unwittingly do with this dream called life. Some call this process of controlling a dream lucid dreaming.

In Castaneda’s world I was a dreamer. And the dreaming experience that I am about to relate in the following paragraphs is an example of a dreaming technique that I arrived at after years of practice. Please follow me.

I could hear the branches overhanging my porch, rustling in the cool summer breeze. My neighbors were away that night, and not a sound came from their apartment. I lay on my back, closed my eyes, and, after overcoming the barrage of meaningless random thoughts, my mind drifted into silence. Keeping my eyes closed, I looked for the color orange. Soon an orange circle appeared; it expanded into nothing, appearing again to expand once more and once more and once more . . .

Suddenly, a scene appeared! In front of me I was seeing a building and a road; the long brick building had an architectural design that I had never seen before. I was sure that the vision would soon vanish due to my inability to hold it, as was usually the case. But to my surprise, the scene stayed. I decided to hold it for as long as I could in an effort to train (using Castaneda’s terminology) my dreaming attention.

Soon, it startled me to realize that the building and the rutted dirt road in front of me were staying. I also understood that I could enter another world through that vision, a world perhaps as real as my day-to-day reality.

As soon as the realization struck me, I felt myself being pulled into the vision. I (or my dreaming body) was no longer lying on my cot, but standing inside the covered bed of a two-and-a-half ton truck. I climbed down while disentangling my pants, which had stuck somewhere—probably a trick of my mind to distract me, since our reason will always feel threatened when unable to explain an event. I surveyed my surroundings.

It was obvious that I was not in the United States. I was nowhere that I could recognize. I meandered down the dirt road trying to figure out where I was. It seemed hot, maybe tropical. I saw a group of teenagers, stripped to the waist, tobogganing down the slope of a dirt hill on pieces of cardboard. I approached them.

“Where am I?” After I asked, I realized that the young man to whom I had addressed the question seemed to be mentally retarded, or perhaps he suffered a speech impediment of some sort, but his closest companion answered:

After thanking them, I continued my stroll. I wanted to verify that my dreaming experience was really taking place in Morocco; it is seldom that I can verify where I have been when dreaming. The places that I visit seem to be usually phantom worlds of my own making.

It was a bright, sunny day. It seemed that I was close to the ocean, but I couldn’t see it. I did see some black men dressed in white tunics, wearing yarmulkes. I strolled uphill toward the park, where they were chatting around a long wooden bench sans a backrest.

As I approached them, I surveyed my surroundings again. The park ahead had grass that seemed to have been recently mowed. I don’t remember any trees, although I saw long winding walkways and extensive terrain. I stopped briefly and looked back to make sure that I could retrace my steps to the truck, as if there was an entrance there to my everyday world. But I didn’t need an entrance; shortly after I continued my stroll, I found myself back in my apartment.

I was baffled. Never before had I entered the dreaming attention but in sleep. This was a new and unexpected development. I figured that I had gone somewhere, Morocco? And it had happened while I was awake; I had entered that vision, that somewhere, awake!

Next morning, I looked for Morocco in the World Wide Web, and there they were—the long brick buildings! And people were wearing long white tunics and yarmulkes. I couldn’t be certain, of course, maybe the place I visited wasn’t Morocco. But that was irrelevant. The relevant new development was that I had entered that world, with my dreaming body, while fully awake. That meant to me that by merely stilling my mind, I had been able to hold a vision (stalk it) and enter dreaming with my other self.

Hitherto, I had always entered dreaming by looking at my hands while having a common dream. According to Castaneda, the volitional act of looking at your hands (or whatever) gives you control of the dream; and from then on it becomes dreaming, a controlled experience as linear and real as your everyday life but without the physical body, so nothing limits your movements. Dreaming is a door to the second attention; it is also a way to the third attention, to Infinity. The dreaming body becomes the other.

The dreaming experience mentioned before was indeed a new development for me, and it opened doors that I didn’t know existed; it gave me a new perspective. This happened for the first time some fifteen years ago. Since then, however, new findings have altered that new perspective. I have come to realize that dreaming, or any other psychic power that we may develop, don't have much to do with awakening; in fact, it could be a help but also a hindrance.

This dream is for us to enjoy. The path to inner knowledge seems to be a difficult winding road because of our own mindset. To follow that path has been compared by ancient sages to walking the edge of a razor because of our destructive self-absorption, which clouds our vision and turns our dream into a nightmare, or into sheer hell. In truth, everything is handed to us. Or, to paraphrase the Christ, although we do not see it, the kingdom of heaven is spread out upon the earth.

But let me start from the beginning.


The Eye of the Dragon: Stalking Castaneda